skip to main | skip to sidebar

http://technologyfactory.blogspot.com/ » Internet and cyber » Do You Know Cyber Crime ?

Do You Know Cyber Crime ? 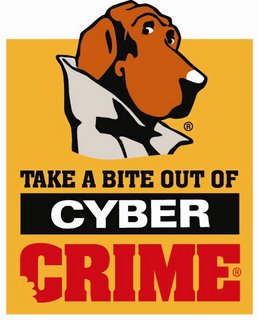 
As the cases of cybercrime grows, there is a growing need to prevent them. Cyberspace belongs to everyone. There should be electronic surveillance which means investigators tracking down hackers often want to monitor a cracker as he breaks into a victim's computer system. The two basic laws governing real-time electronic surveillance in other criminal investigations also apply in this context, search warrants which means that search warrants may be obtained to gain access to the premises where the cracker is believed to have evidence of the crime. Such evidence would include the computer used to commit the crime, as well as the software used to gain unauthorised access and other evidence of the crime.There should also be analysing evidence from a cracker's computer by the officials investigating the crime. A seized computer may be examined by a forensic computer examiner to determine what evidence of the crime exists on the computer.Researchers must explore the problems in greater detail to learn the origins, methods, and motivations of this growing criminal group. Decision-makers in business, government, and law enforcement must react to this emerging body of knowledge. They must develop policies, methods, and regulations to detect incursions, investigate and prosecute the perpetrators, and prevent future crimes. In addition, Police Departments should immediately take steps to protect their own information systems from intrusions.Internet provides anonymity: This is one of the reasons why criminals try to get away easily when caught and also give them a chance to commit the crime again. Therefore, we users should be careful. We should not disclose any personal information on the internet or use credit cards and if we find anything suspicious in e-mails or if the system is hacked, it should be immediately reported to the Police officials who investigate cyber-crimes rather than trying to fix the problem by ourselves.Computer crime is a multi-billion dollar problem. Law enforcement must seek ways to keep the drawbacks from overshadowing the great promise of the computer age. Cybercrime is a menace that has to be tackled effectively not only by the official but also by the users by co-operating with the law. The founding fathers of internet wanted it to be a boon to the whole world and it is upon us to keep this tool of modernisation as a boon and not make it a bane to the society.

dont give the spam and be polite pelase.
thank's